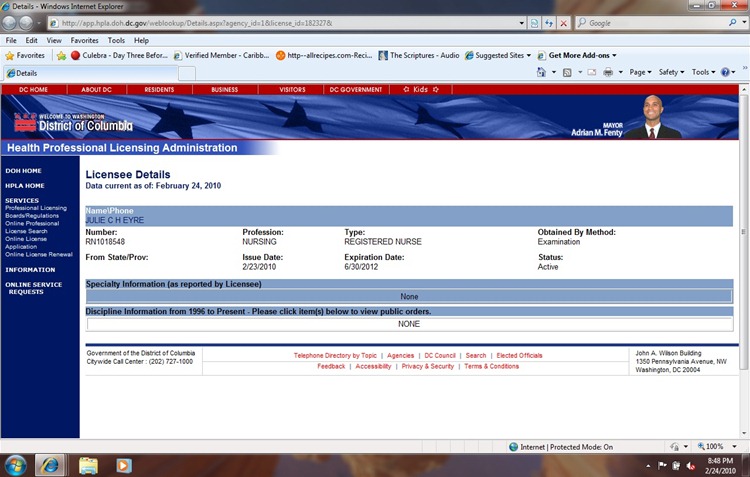 Can you believe it?  It has been quite the journey.  I never thought this day would actually come.  I have to give a shout out to Eli who has been been my backbone everyday especially when I doubted myself.  Now comes the exciting part!  My job starts on March 8.  Can't wait!

K this is Eli now. Wahoo!!!! My wife can actually put some bacon on the table! Just kidding. I am SO excited for Julie. Julie’s nursing friends will attest, this test was not easy. She put in SO much work, and it paid off. Thanks to Julie, our kids are going to be really good studiers (I maybe wasn’t always the best at it). I am so excited for her and all the lucky kids that are going to be her patients. She is going to bring light and happiness into their lives and make heavy situations seem a little lighter for them and their families. Omedetou!

wow. We came to DC thinking we would be moving away from the snow and super cold. we were wrong. It has been awesome being here this winter to experience what has just become the snowiest winter in DC/this area’s history. I am sure you heard about it on the news, but I thought I would share some pictures from our venture out in between the storms. This storm hit, then a few days later came another big one, this time accompanied with super wind to create a white out. Even for standards back home, this was one of the biggest ones that I have experienced. The whole city was snowed in for about a week. The suburbs went for like 10 days without a snow plow. As you can see in the pictures, people ditched their cars (completely buried under the snow) and resorted to walking in the middle of the road on foot, or the really smart people slapped on their cross country skis (I wonder where they have space to keep those for the rare occurrence of a storm that turn roads into ski paths). This was definitely one that we’ll never forget. It’s been two weeks now, and the effects can still be seen on every corner with an 8 foot mountain of piled up snow. I will leave you with a fact; 2007-08 winter snowfall in DC; something like 4.5 inches – 2008-09 snowfall; 9 inches – 2009-10 snowfall; 56 inches, and it is still February! 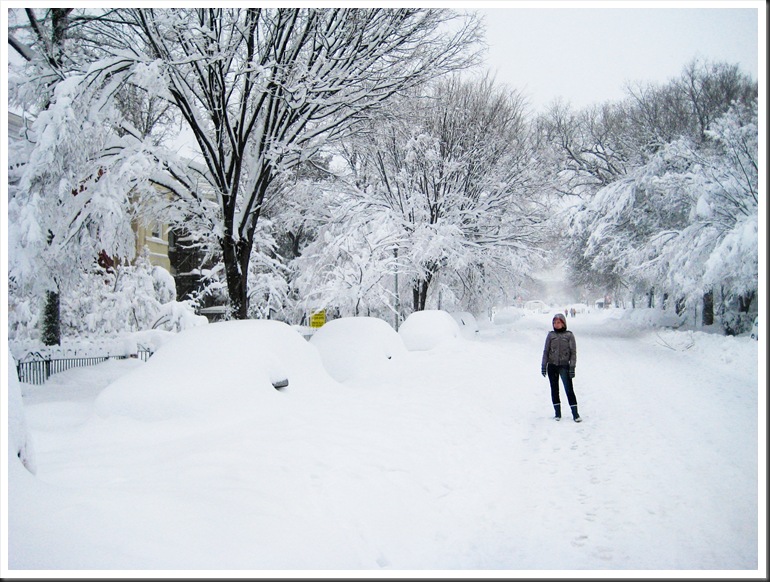 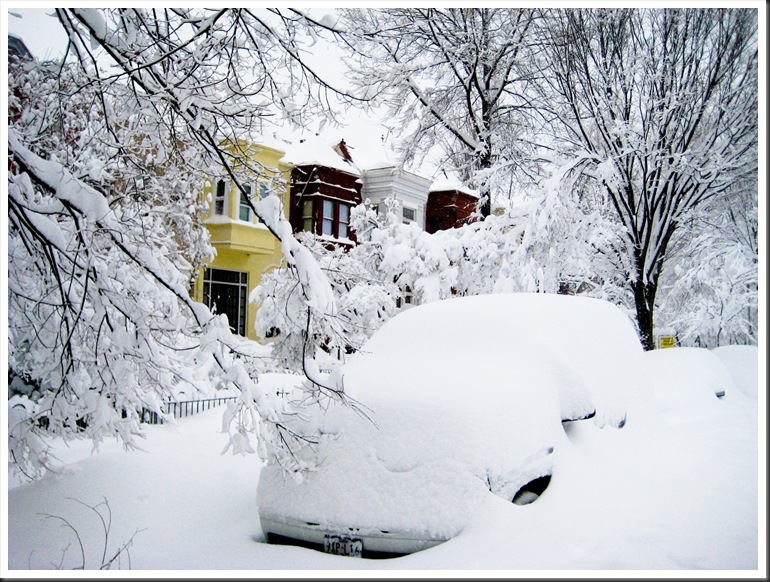 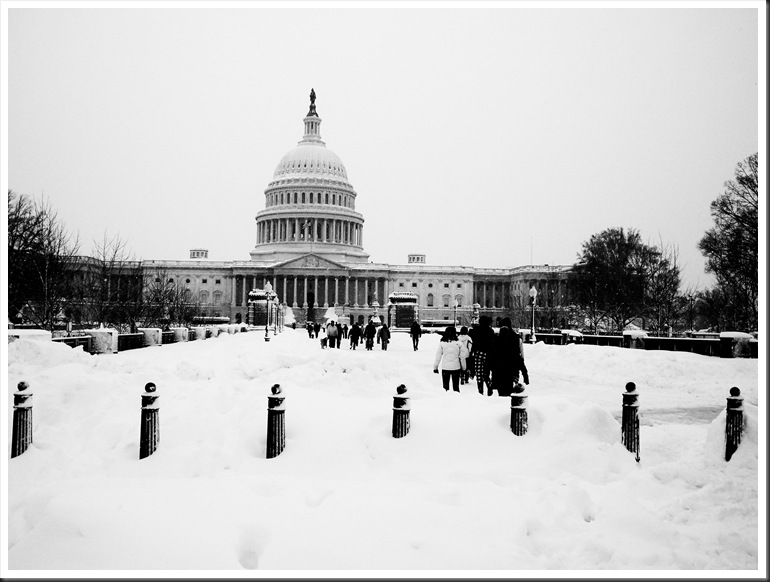 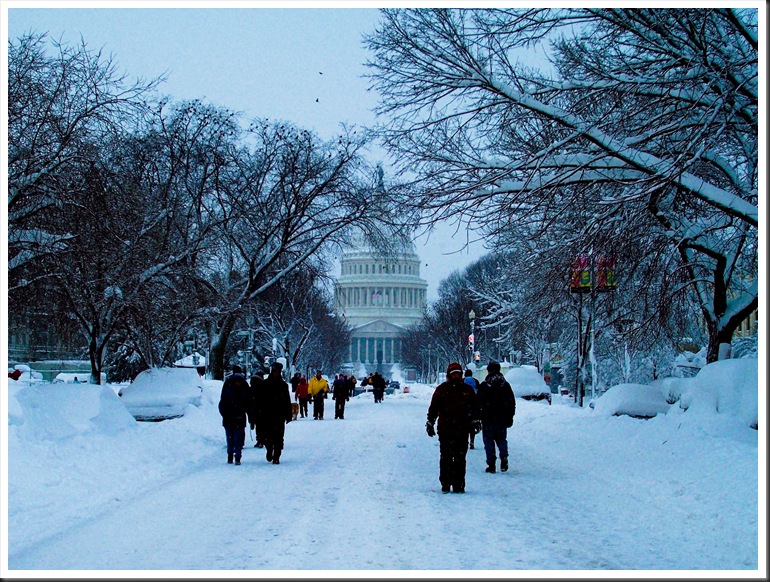 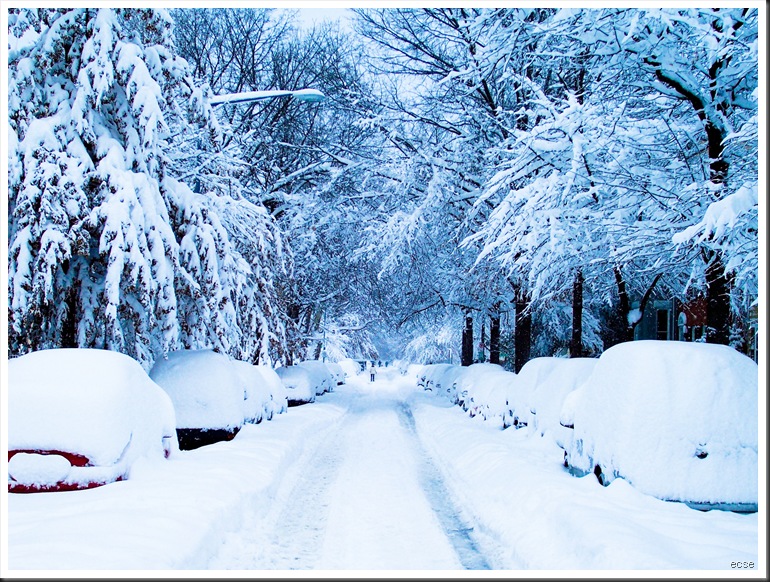 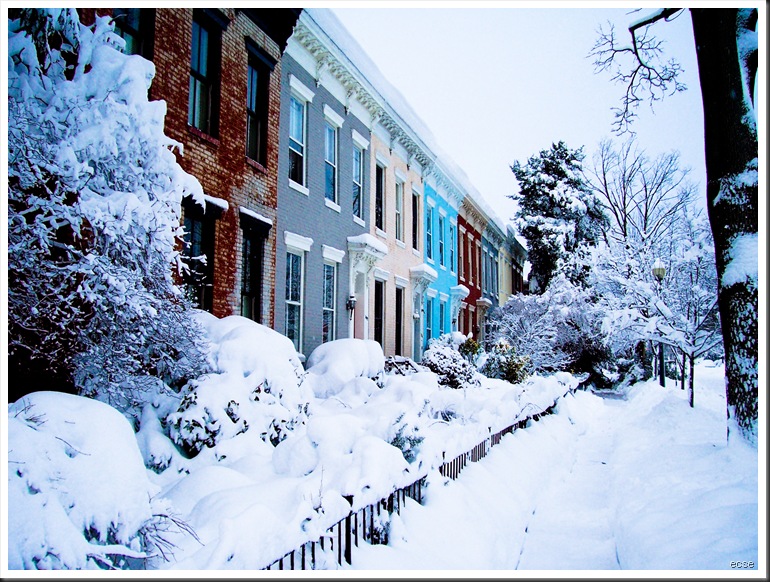 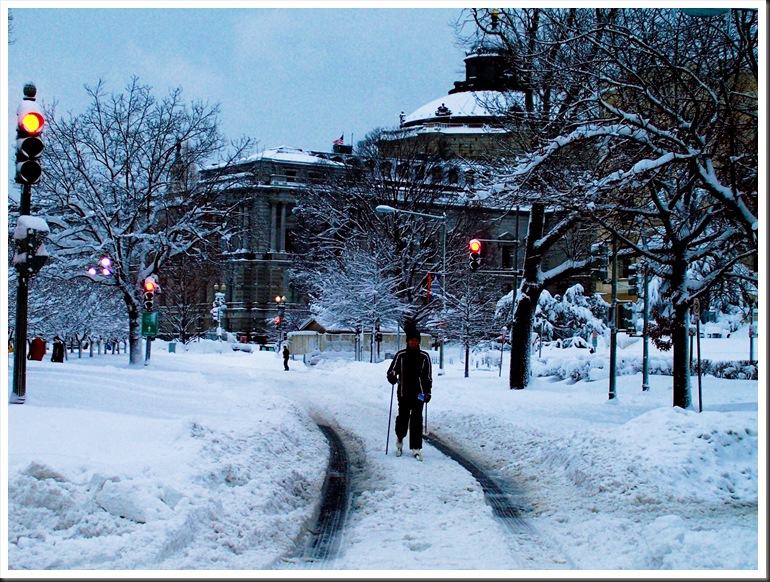 Two  years ago to the day, I brought Julie up here and asked her to marry me. She said yes, and two years later, I couldn’t be more in love with her although I am sure I will be by tomorrow. Sorry for the sap, but come on, love is great. 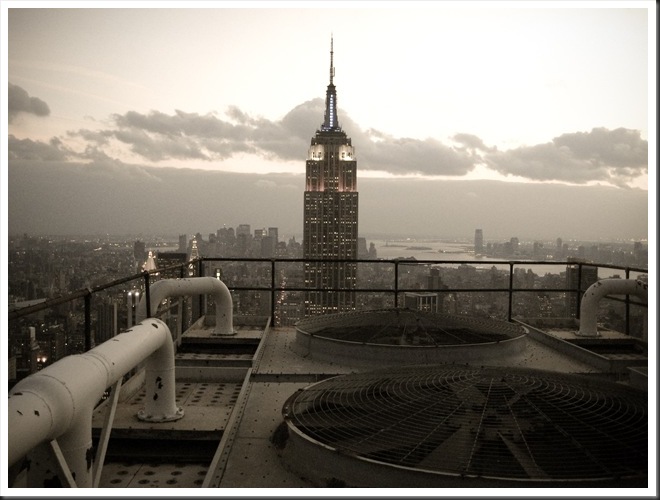 Julie here. Just wanted to share a little bit of what I have been thinking about today.

An event created by my previous roommate Horito (like Doritos with an H). For four years I lived with these amazing girls. Each year Horito made her famous sugar cookies and chocolate covered strawberries. Then we feasted on waffles and pink milk. Even last year (when we all lived in the same state) we bid farewell to our husbands on this day and spent the afternoon together.

So today, out of habit, I have been thinking of all the women in my life. My mom. She is pretty amazing to leave her home and family for two years to live in Brazil, learn Portuguese, and teach people about Jesus Christ and how we can find true happiness. Next my two sisters; my ultimate examples of love, kindness, and selflessness. 11 sister-in-laws who inspire me to be just a little better each day. And an unbelievable mother-in-law; I seriously can not think of one bad thing about this woman.

Here is a tribute to all 15 of those women. 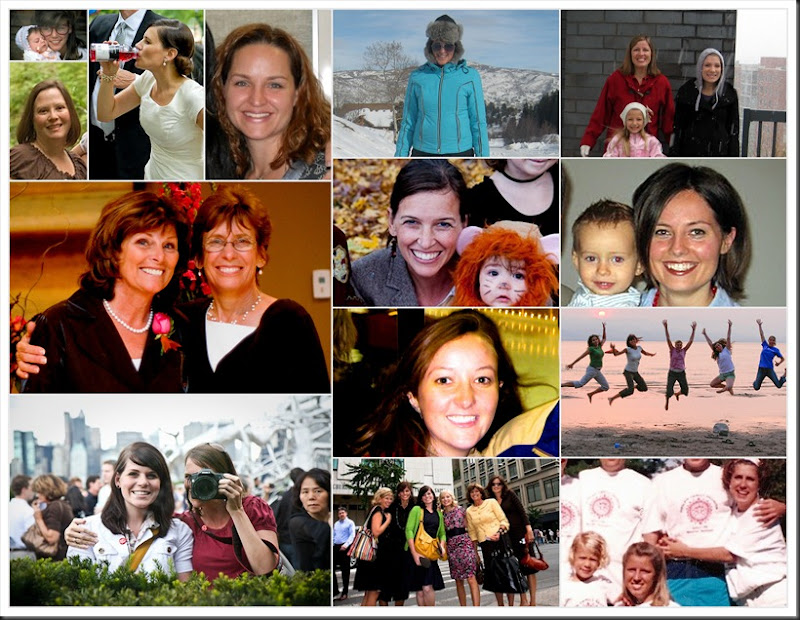 The other amazing group are these roommates (and friend from my nursing program) I mentioned.  I can’t believe how much I grew during the years spent with these ladies.  Here are just a few pictures I could find on Eli’s computer. 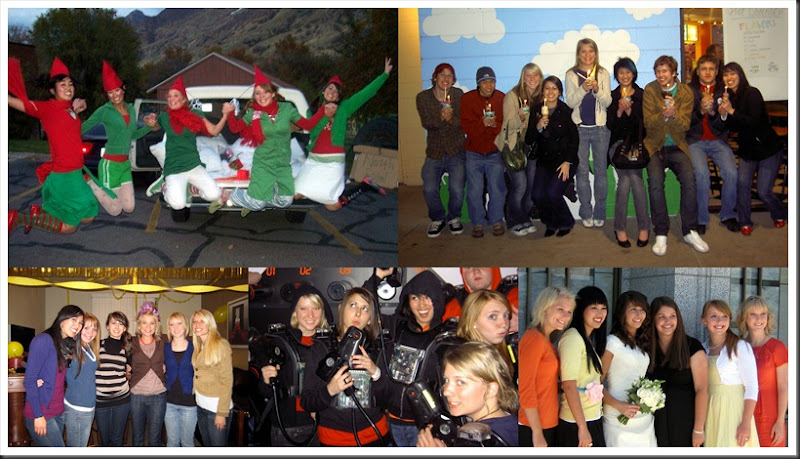 Special thanks to these roommates. Until I married Eli, they were the ones to deal with this every night… 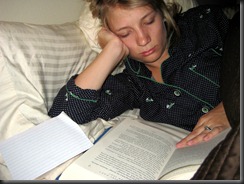 what the what the?

That is my favorite line from 30 rock. That is how I feel (well, i guess we feel). When we moved to DC, a lot of people were like, oh yeah, you’ll probably only see snow once or twice and it will be a real mild winter. False. False. Well, as luck would have it, Julie and I brought to DC what is going to be one of the craziest winters in history here. It just keeps coming. I love it…it works like this; they announce that a storm is coming, and people act like it is Armageddon. Stores are rammed full of people stocking up, literally filled to capacity with people waiting to go in, as people come out. The schools all cancel, the fed. government shuts down early. Sweet.

Well, to this storm that just hit today – I think some of the precautions are actually legitimate. They are saying that this has the potential to to be the biggest storm in history here in DC. The record is 28 inches of snow, and they are saying between 22-30, so we’ll see. It is actually pretty exciting. I am sure you’ll see plenty of coverage in the news.

Anyway, before this storm hits, I wanted to put some pics of the last storm up. We went around and captured DC covered by snow from the mall to Georgetown, so here they are. I am sure we will have even cooler ones after this weekend. There have been some pretty big storms this year, for some reason they all hit on Saturday. Stay tuned. 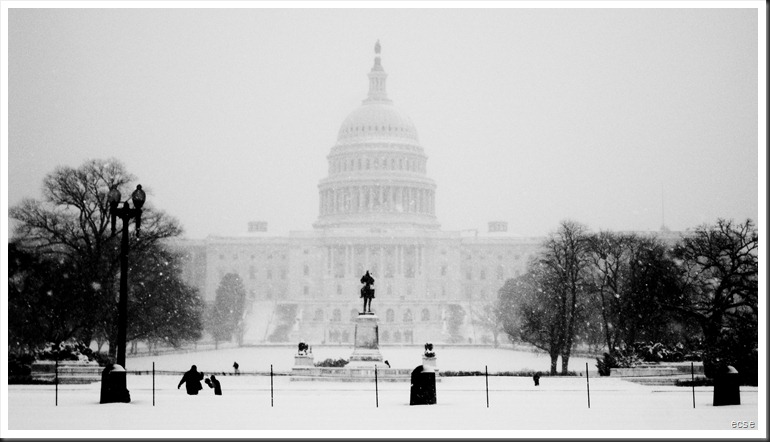 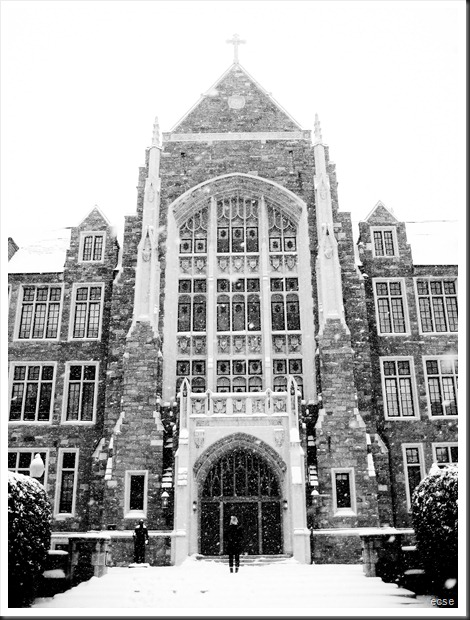 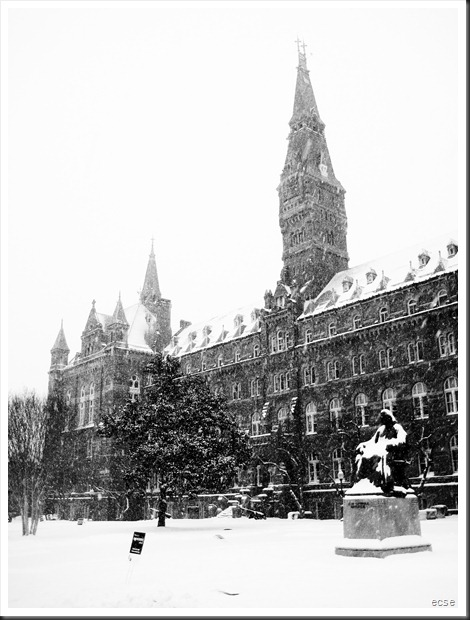 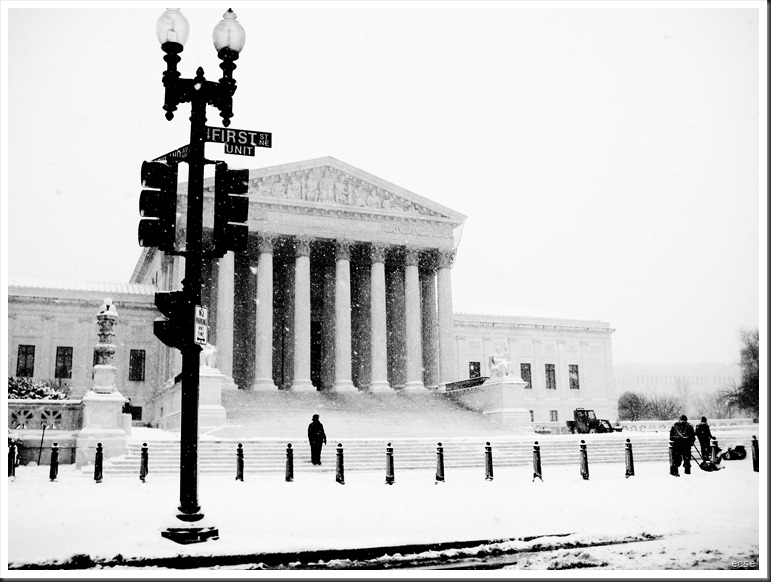 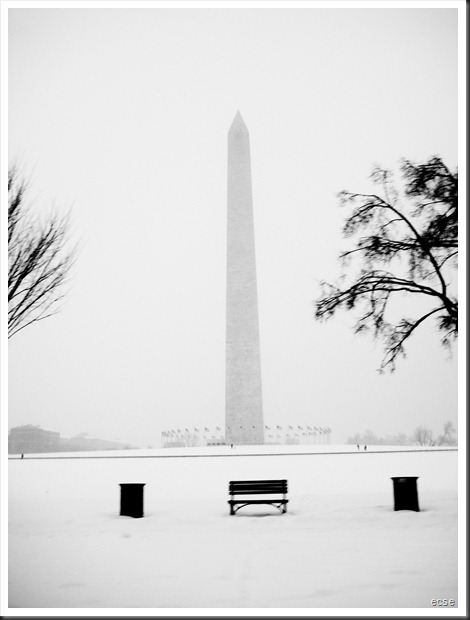 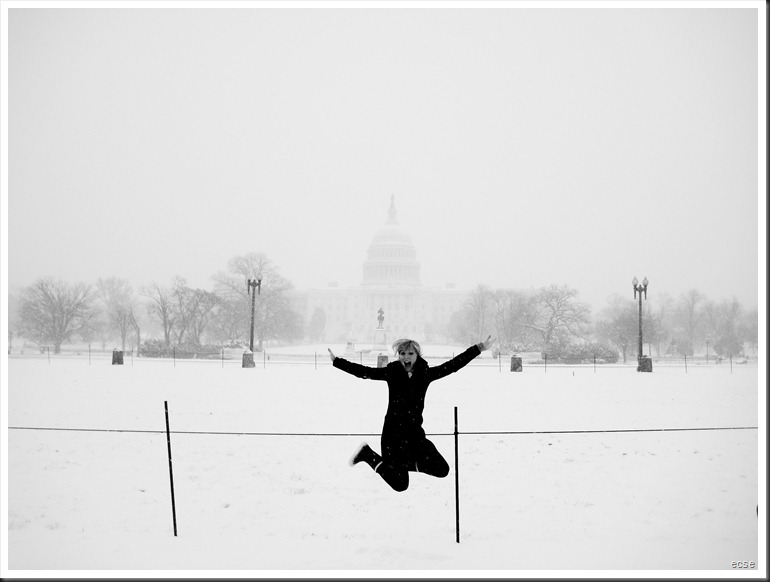