On our way to Julie’s family reunion we were able to spend a couple days in San Francisco with my sister Charity (go visit her blog if you want some awesome insight into the city and living there). It was awesome. She rocks the house when in comes to that city. She showed us such a great time. I have been anxious to get out there and visit her ever since she moved there a couple of years ago. All of the sudden we were there in her awesome Subaru cruising across the Bay Bridge into the city. It had been 10 years or so since Julie or I had been to San Francisco so we were pretty excited. Unfortunately, that city is extremely photogenic so you’ll have to bear with a lot of photos. 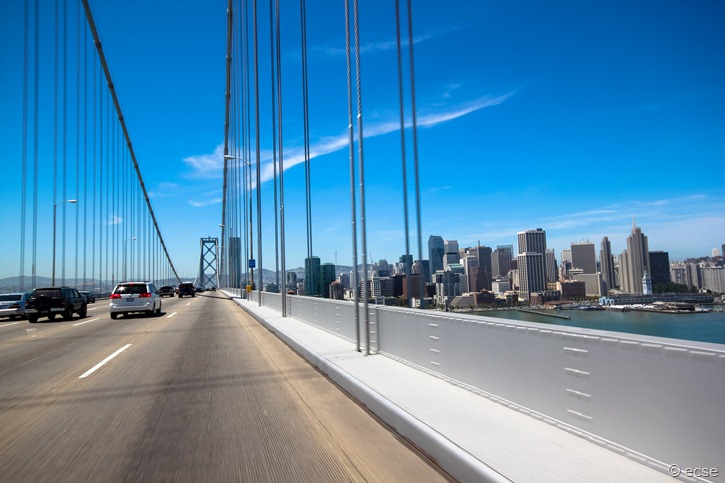 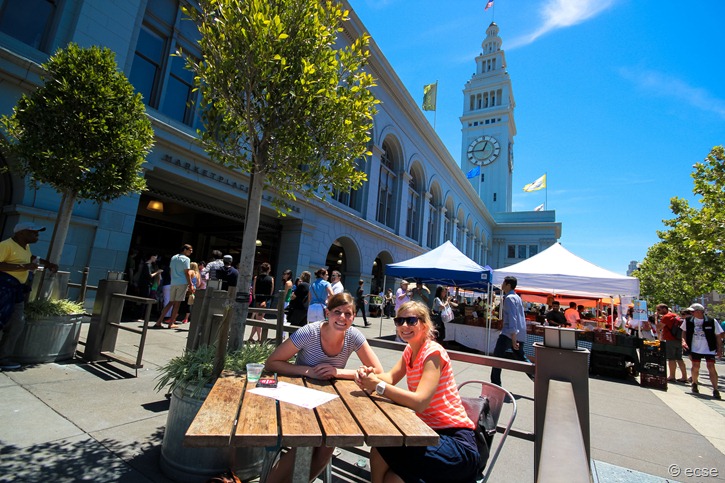 The weather was phenomenal. It was in the 80s. We went straight to the Ferry Building for some lunch and wandered around. There was a big farmers market going on selling everything from fruit to really expensive mushrooms. It had been way too long since we had seen Char, so it was so much fun to catch up with her. 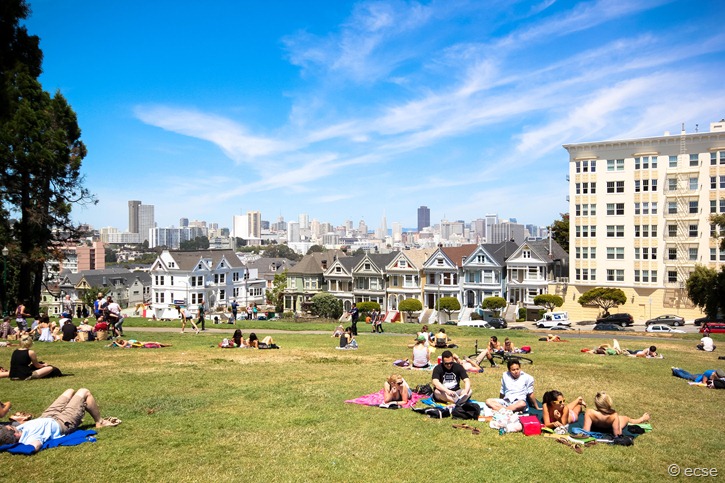 Next we headed up to see the Full House view of the city. The Painted Ladies were fantastic. As was the diverse group of people soaking up the sun at this park. 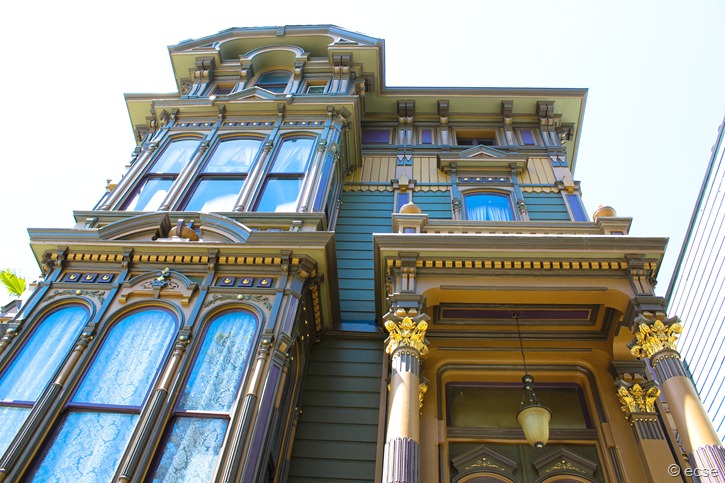 I think I could have just wandered for hours taking pictures of all of these amazing houses. I wish we could have gone in and seen what the inside looks like. I love that whoever built these decided that they were going to put so much detail into them instead of just slapping up some cookie cutters. So cool. 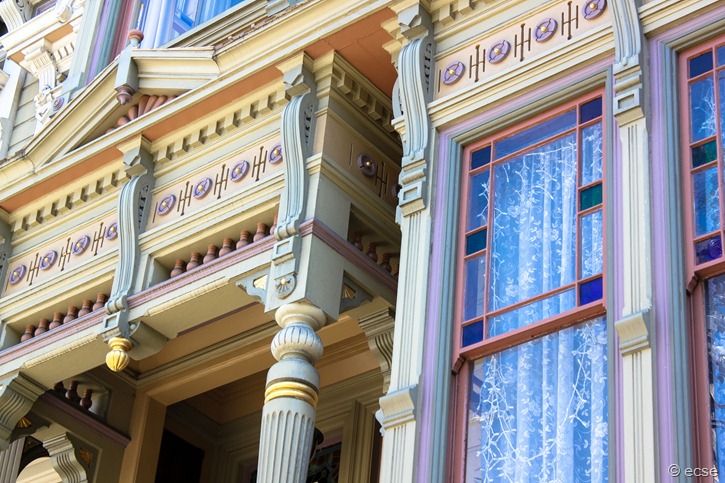 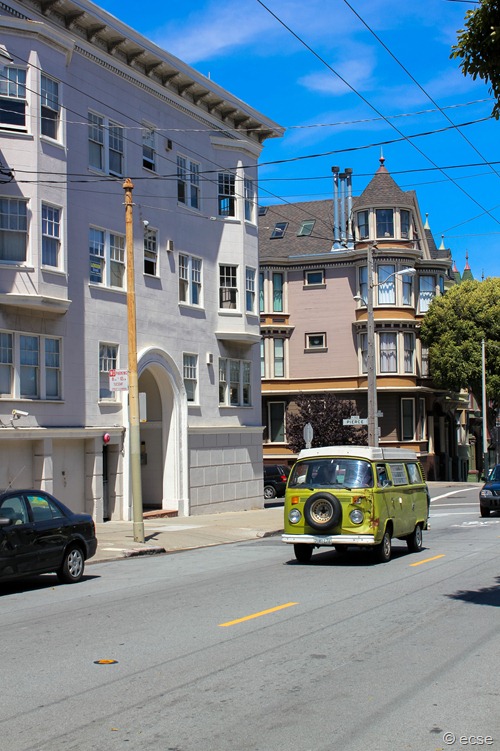 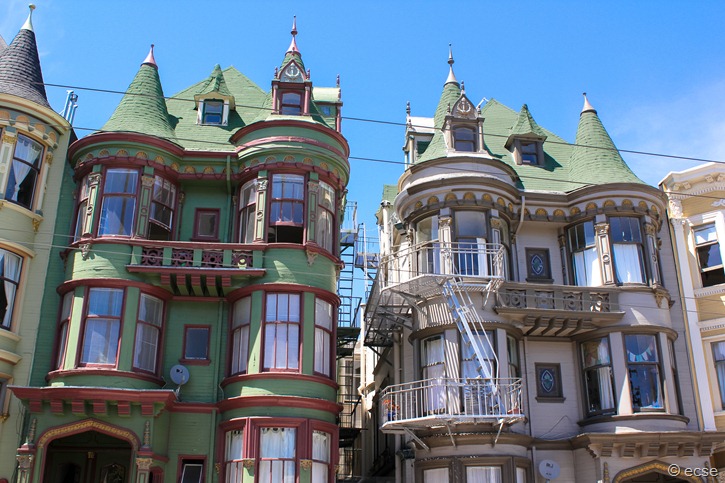 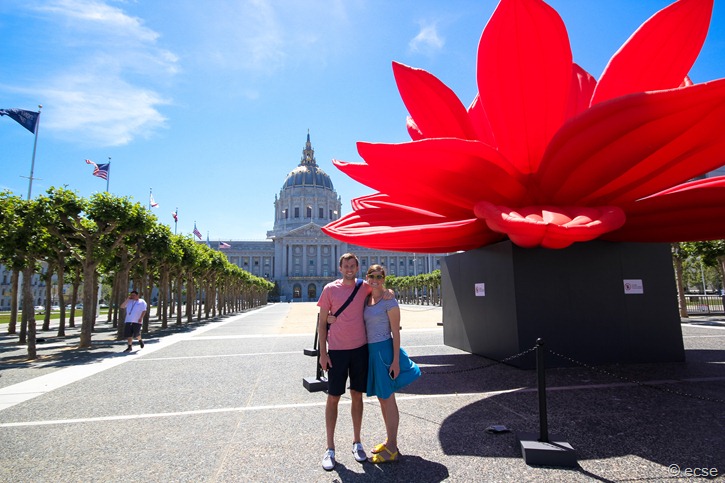 We wandered down to city hall (I think that is what this is). All the sudden it felt like we were in Paris or something. This really cool sculpture was out front. Isn’t Charity awesome? 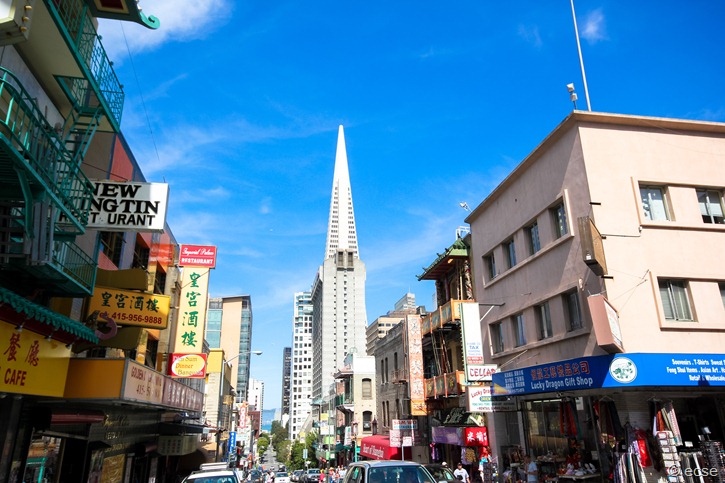 Then we headed over to Chinatown to see Charity’s secret fortune cookie factory. She actually owns this place. 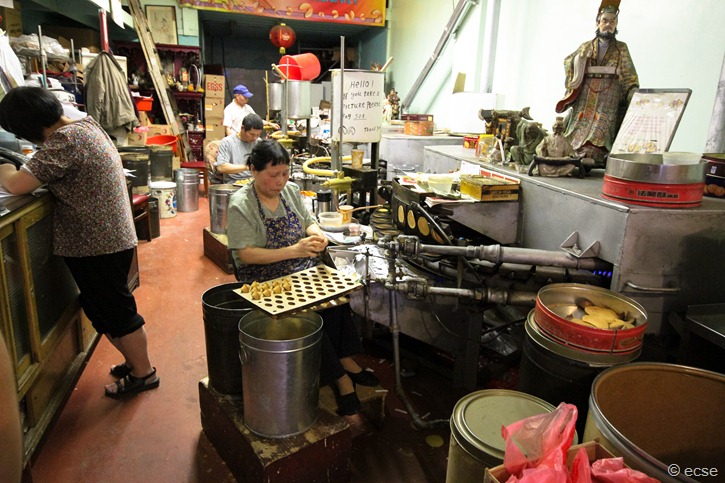 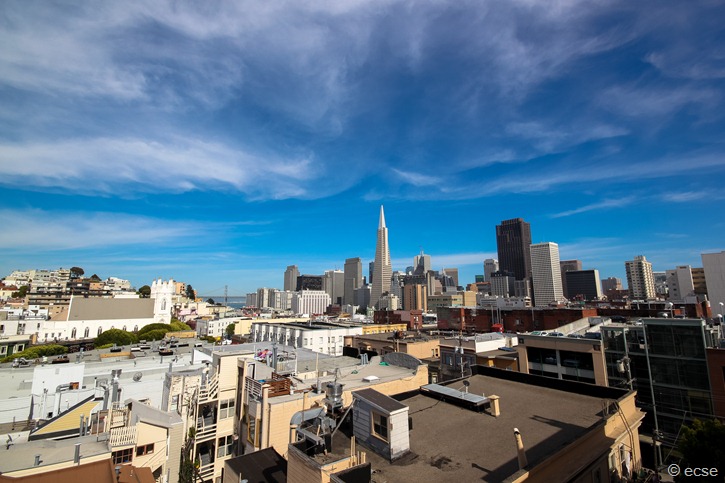 Then on to Char’s secret rooftop spot with the best vista of the city. What a cool city. You have this booming metropolis on one side, and then a huge beautiful bay on the other. 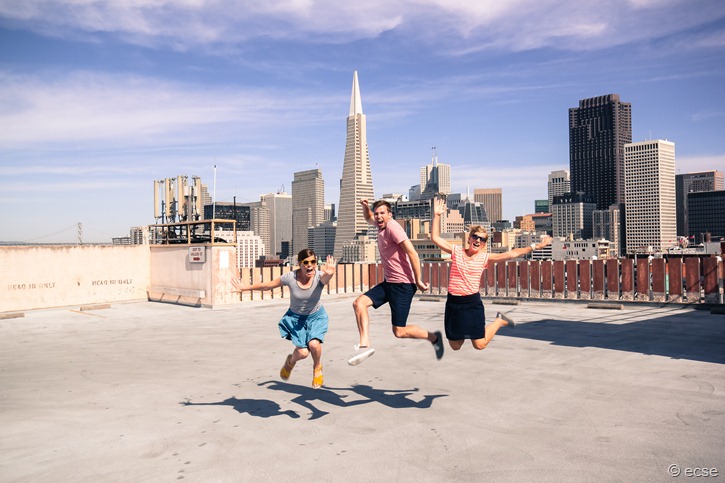 Wouldn’t be complete without a jumping photo. The best part about these photos (jumping pictures in general) are the awesome facial expressions that people make. 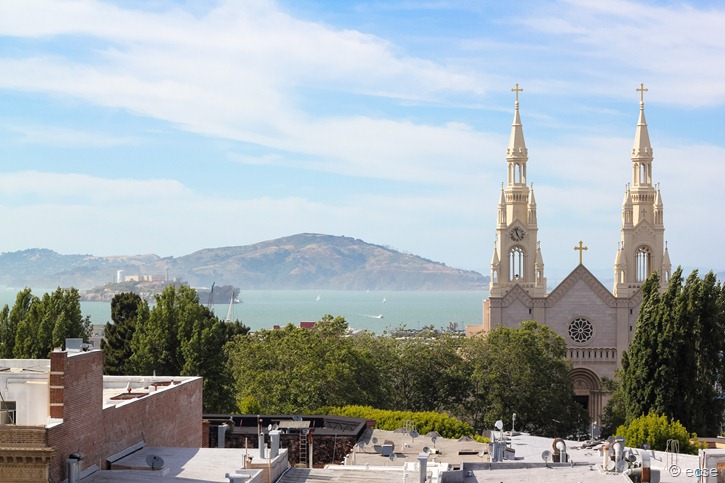 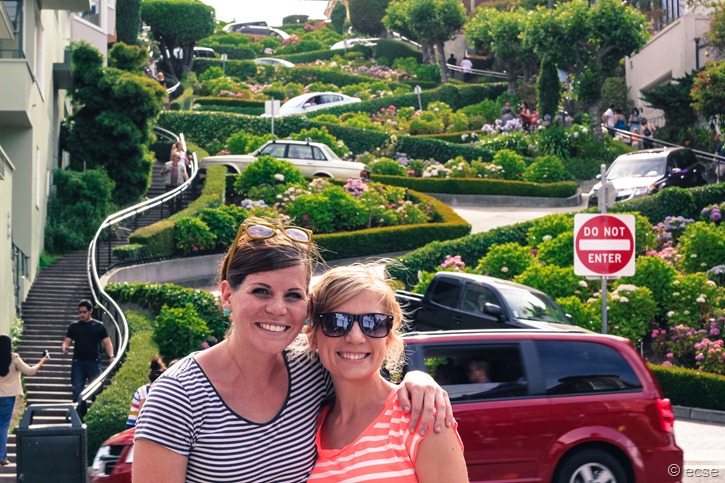 Lombard street. Those hills are STEEP! I felt like we were back in Hong Kong. You would be in good shape if you lived on that street (physically and financially). 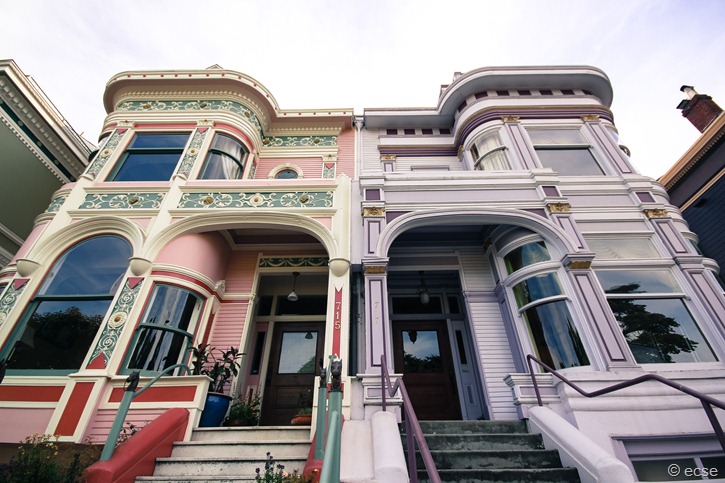 Seriously. How cool are these houses? At the Palace of Fine Arts. There are endless cool spots in that city. This place has a cool story. Google it. 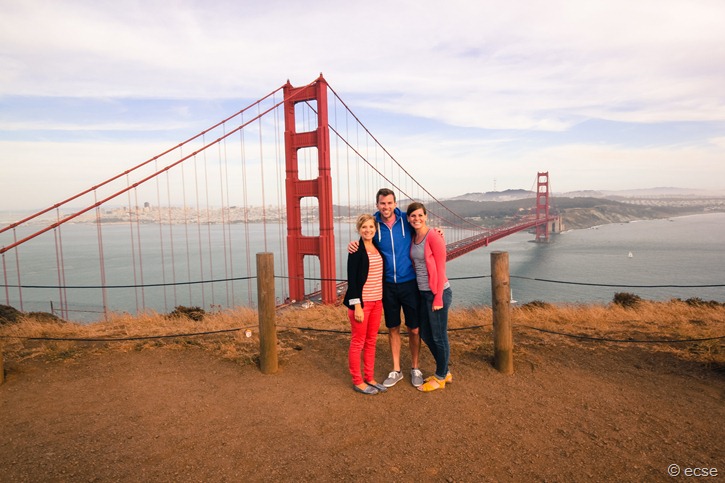 My favorite stop of the day was probably here. We got there just at the golden hour was starting. The light was amazing. Charity was telling me this is like one of the 5 or so most recognizable things in the world. 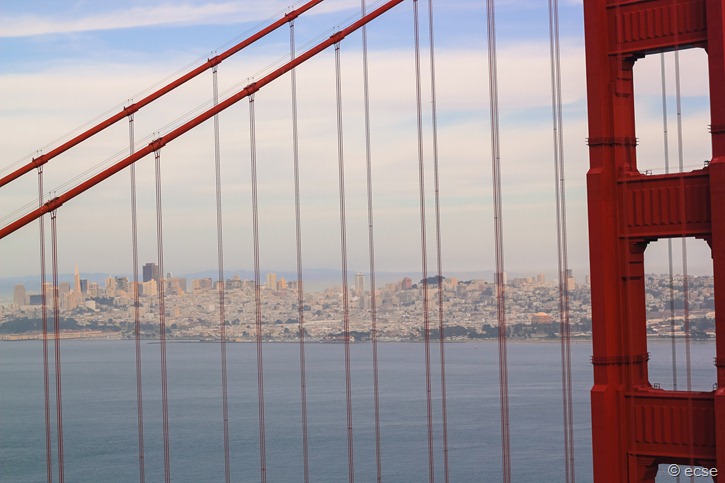 Then we drove a little further and hiked up to this place. Holy Cow. You’re telling me this like a 20 minute drive from the heart of the city. Again. the light was amazing. The ocean is so majestic. 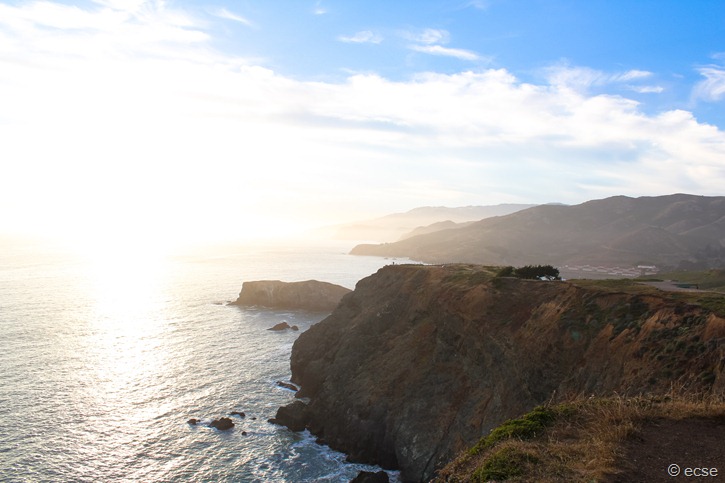 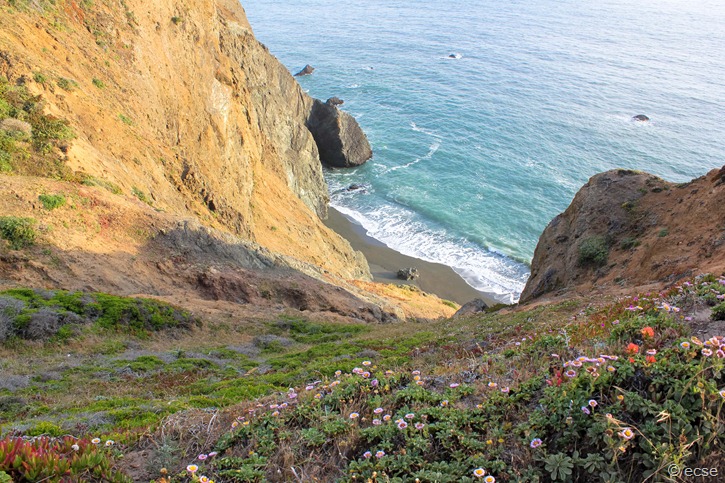 Of course these beautiful wild flowers are blooming right here. I want to go down to that beach. 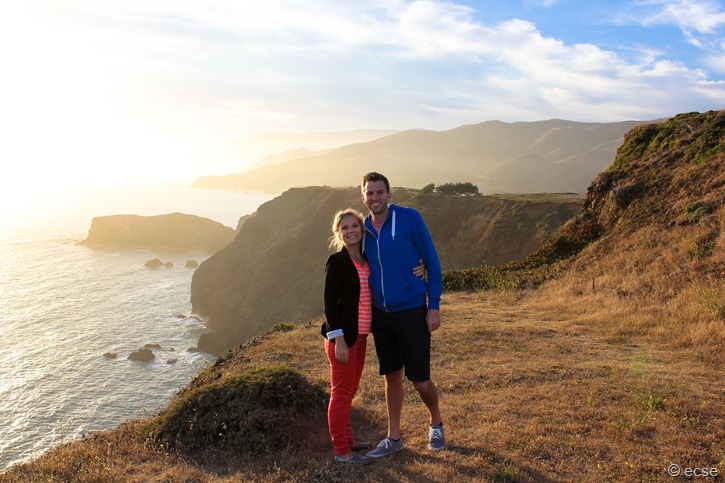 The light just kept getting better and better. We stayed there until the dusk overtook the light. It’s hard not to feel alive and happy when you experience something like that. 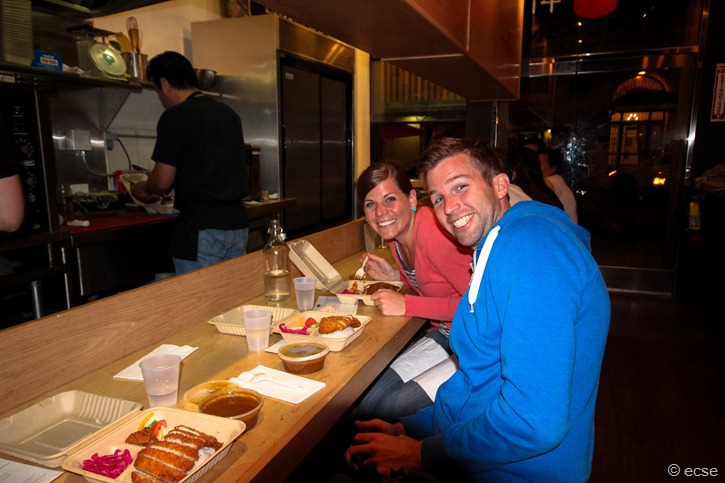 We finished off the night with a trip to a full-on authentic Japanese curry house. Just one little row of seats and the curry masters cooking it up right in front of you. Part 2 coming soon.