An Orange Sky in Puerto Rico

I am way behind here. But it is high time to get some photos of this awesome trip up here. A couple of months ago we went to Puerto Rico with two of my brothers and their wives (along with their 6 week old babies). We rented a condo on the Western Side of the island (near Rincon) – where we had never been before. It was great fun. We got there earlier than Noah and Tal, so we spent some time in Old San Juan. 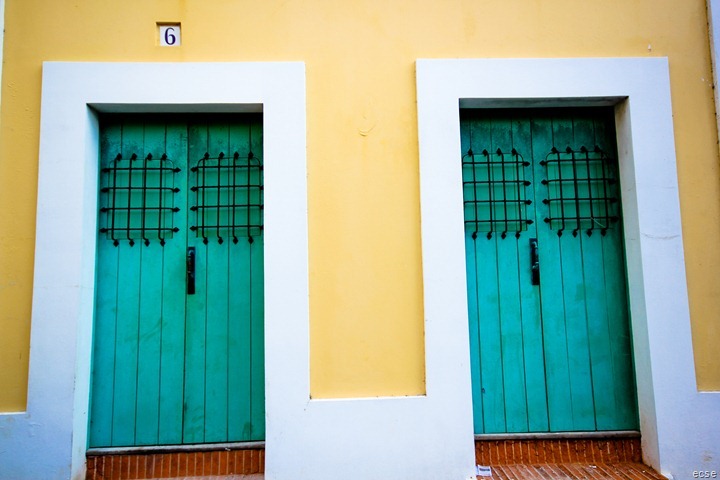 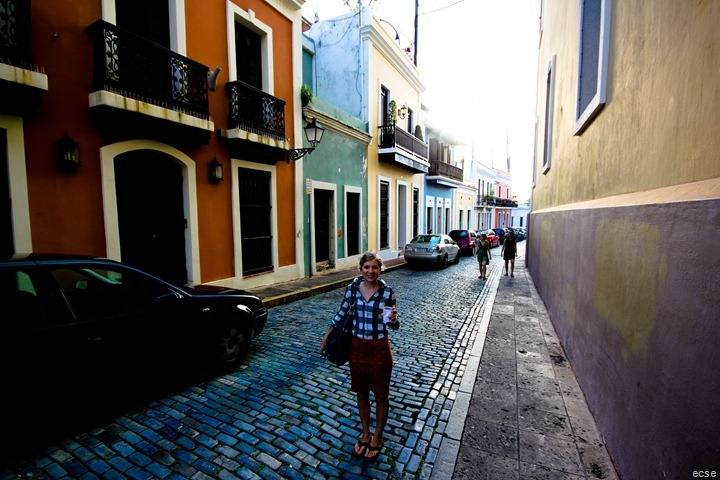 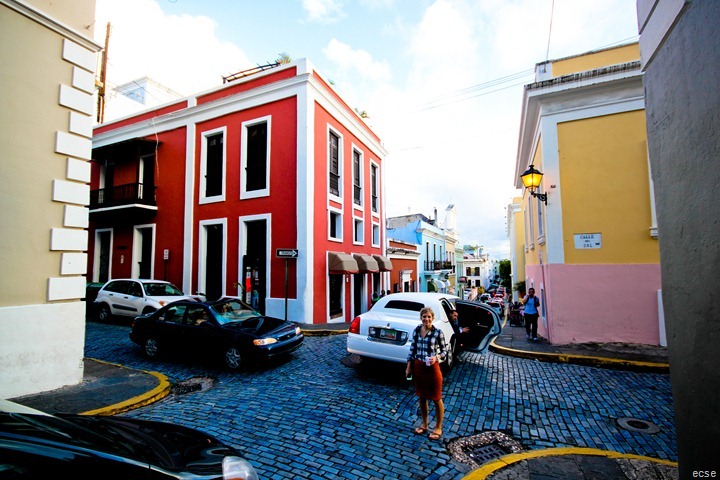 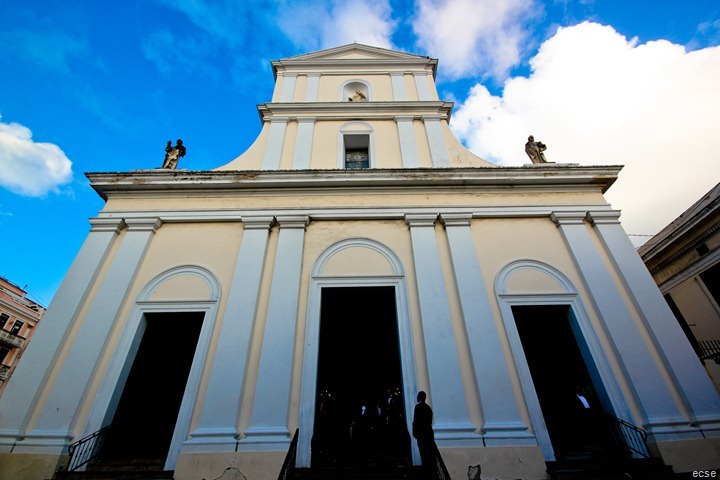 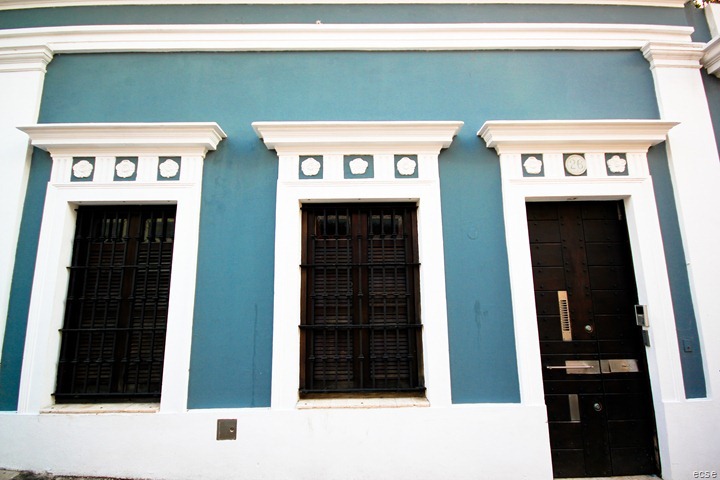 We then picked T&A up from the airport and drove west for a couple of hours to where we were staying. We made the mistake of stopping at a Wal-Mart to grab some supplies. I think the entire population of Western Puerto Rico was there. What is it with that place? 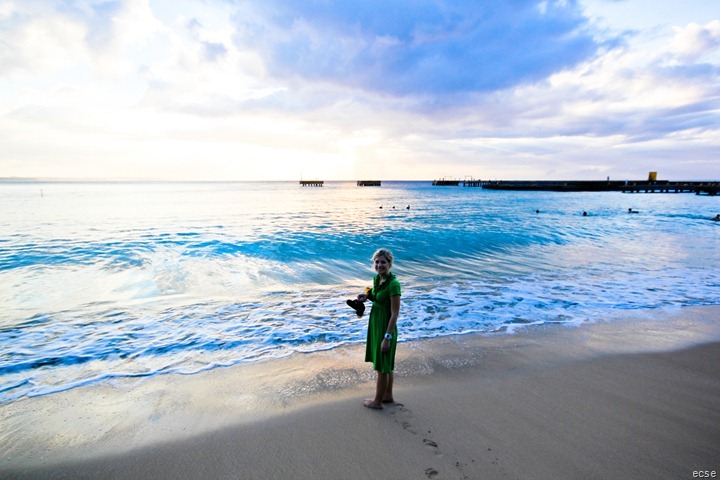 Sunset on Crashboat Beach – right by where we were staying. 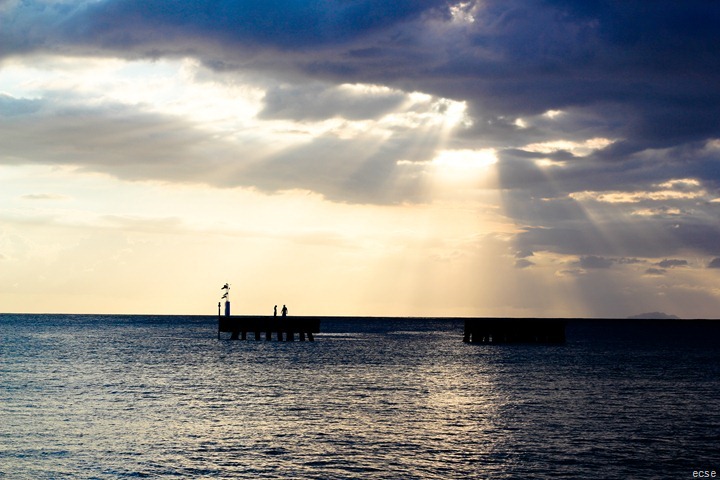 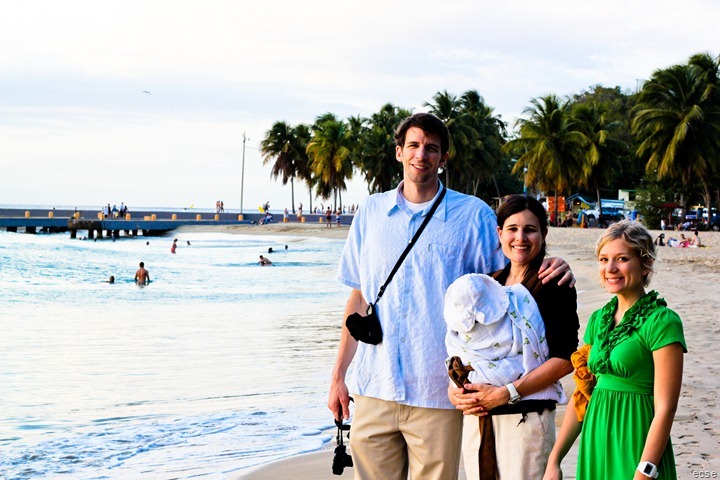 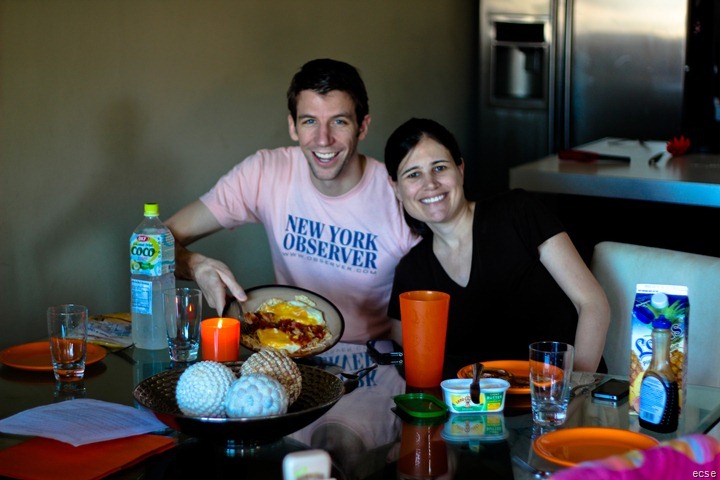 It was Tal’s birthday while we were there…Julie and I asked Tal what he wanted for breakfast. He said Huevos Rancheros. So we made him some (our own version). 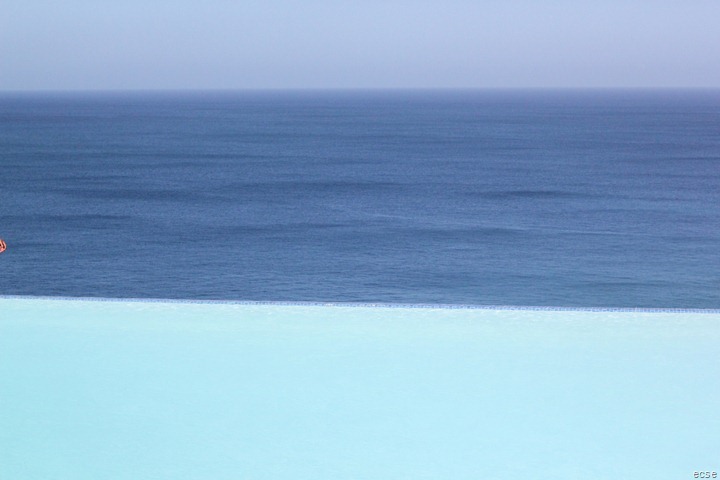 The infinity pool at our condo. 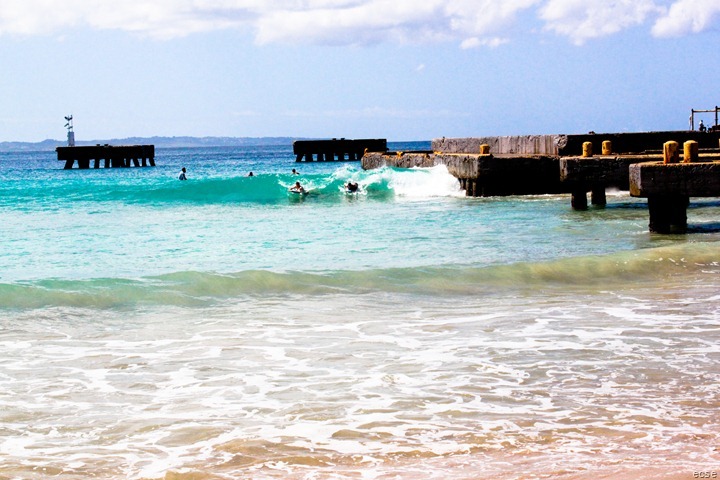 A decent sized swell came in the first day we were there, so Tal and I did some boogie boarding. I can’t get enough of that. 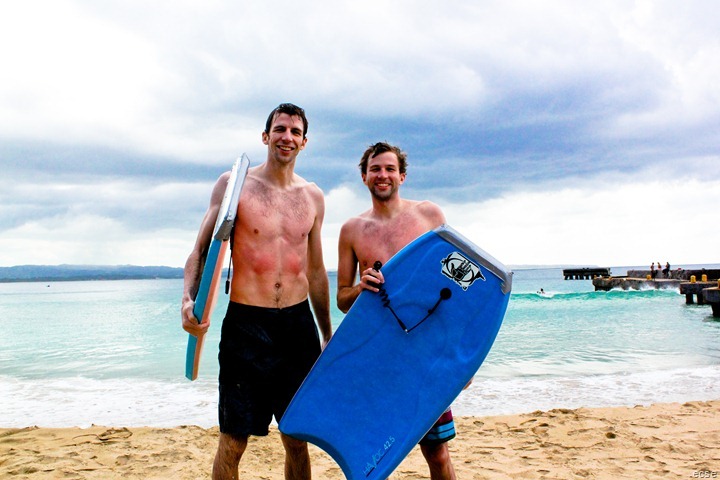 Noah and Kristi joined us a day later. We went down to Rincon to try to surf. 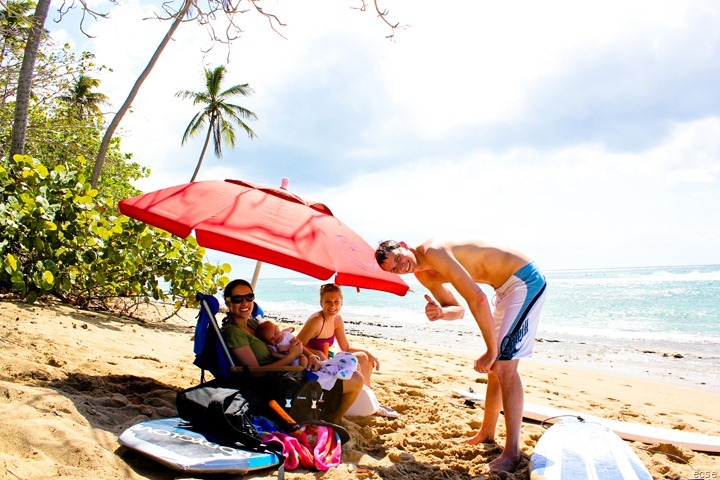 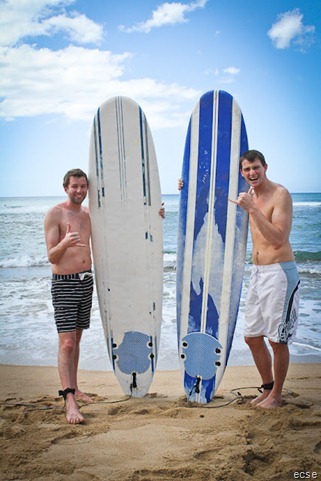 I repeat…we TRIED to surf. Holy cow, the waves were bigger than they looked fro the shore, and we just got regulated! (I commodered all these photos from Kristi’s blog…thanks!) 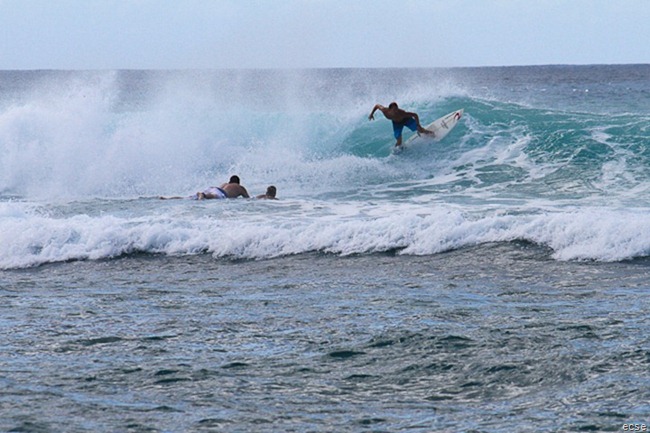 This was pretty much the story of our hours out there. Watching people, thinking we could do it, then getting thrown into the washing machine that the waves created. 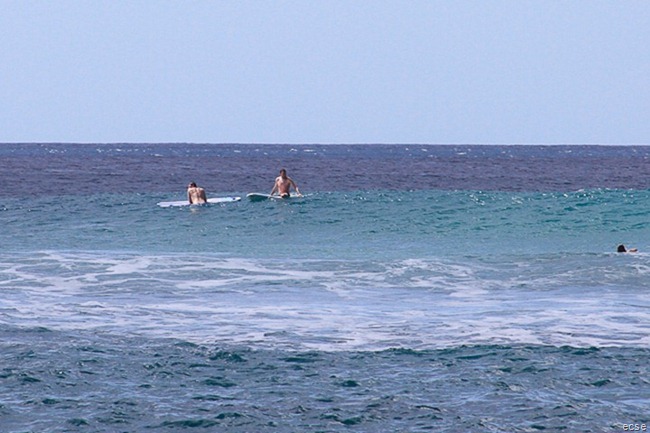 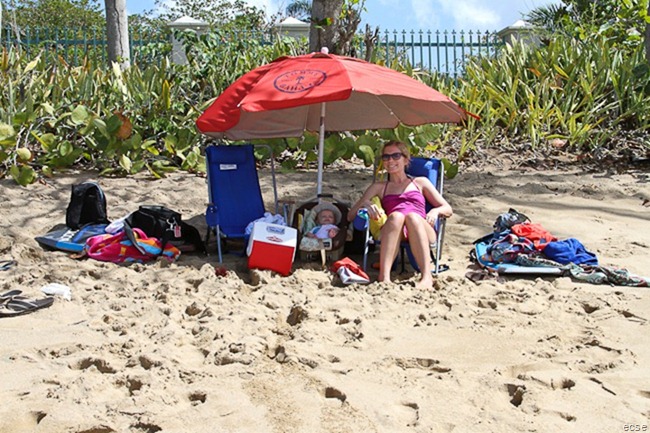 Julie got to hang out with Kristi and our new nephew. 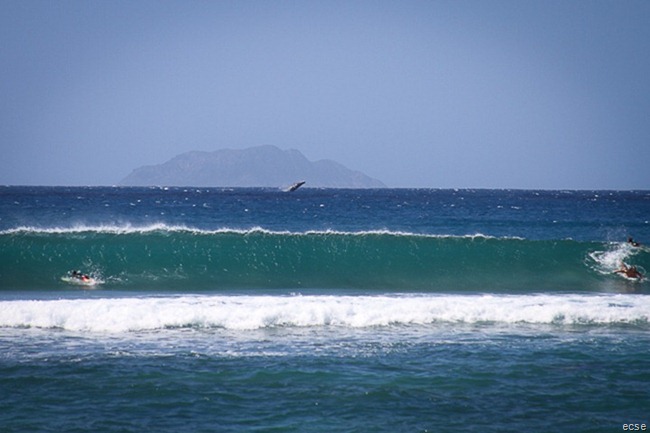 This was the coolest part. We were sitting here recooperating after our failed attempt to surf, when all the sudden Kristi was like “WAAAHHHAAHHAHAHA” I though one of the surfers got eaten by a shark, but actually, it was a humpback whale. Kristi had her telephoto lens, so we snapped some shots. It came up and breached like 10 times! Look at the photo below, see that boat on the left? That gives you an idea of how huge that thing was! 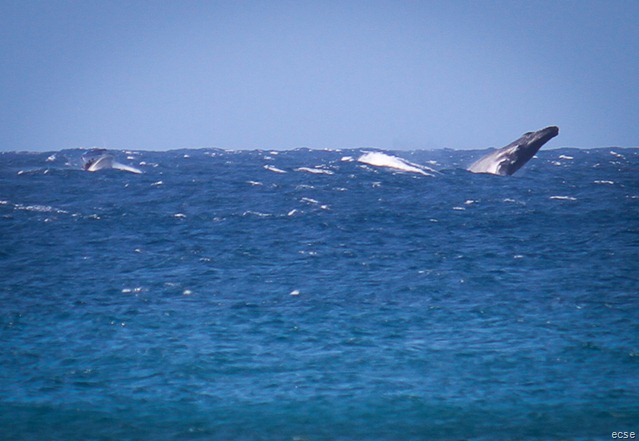 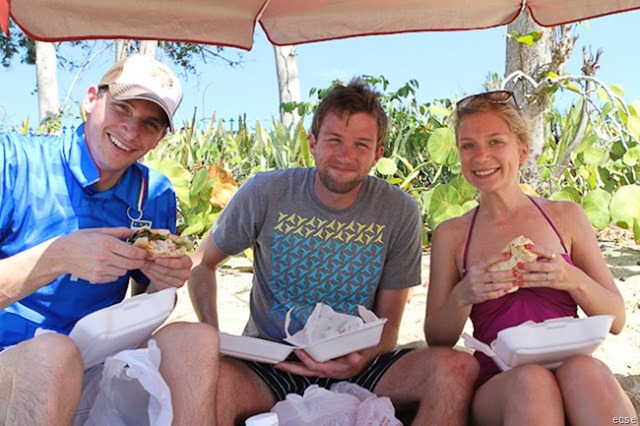 We got some wicked awesome Mahi-Mahi and watched the whale for a while. 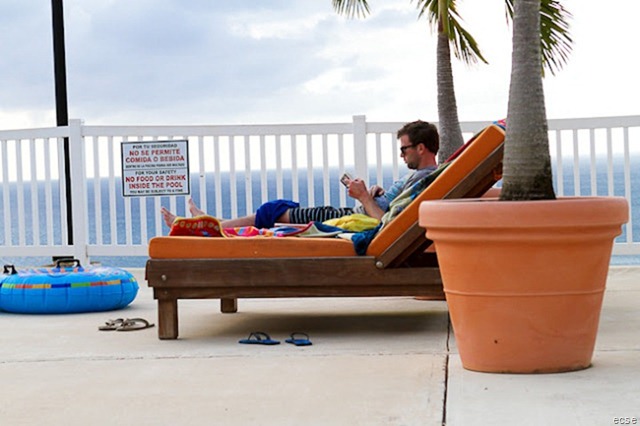 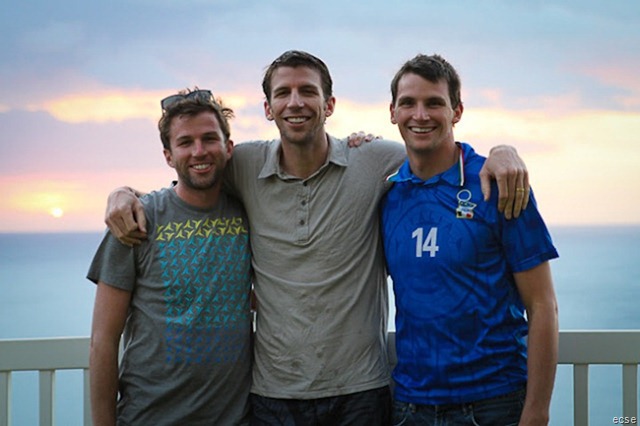 It was so fun to be there with my broskis. These guys are so awesome. It was a good brainstorm time for Orange Sky. 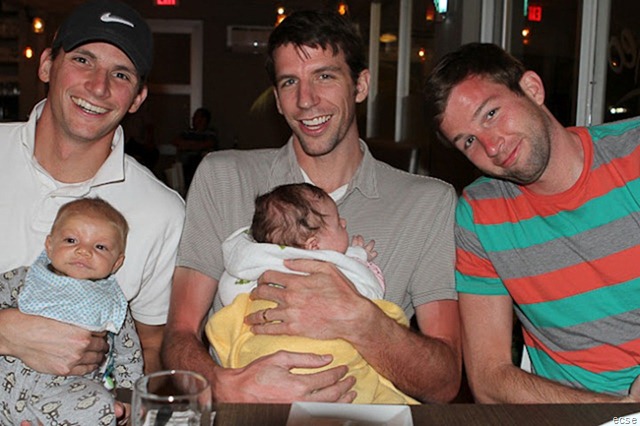 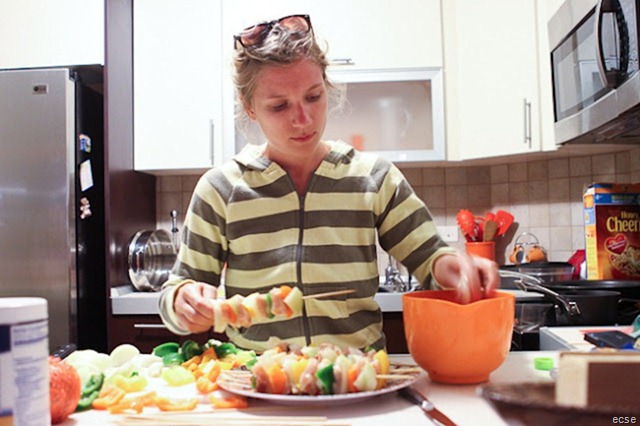 We took advantage of the bbq there are cooked up schish kabobs several times. 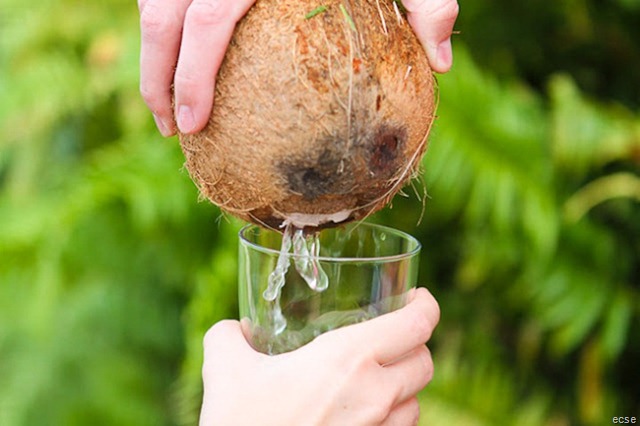 Found a coconut and chopped it up. 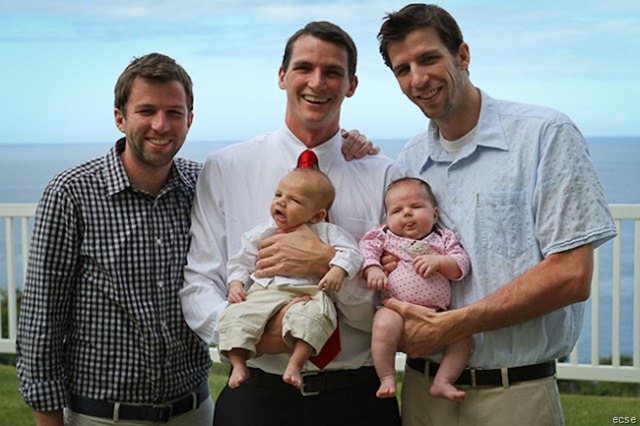 Perhaps the highlight was the fact that Noah blessed his new baby bow while we were there. It was so cool to be there and participate. 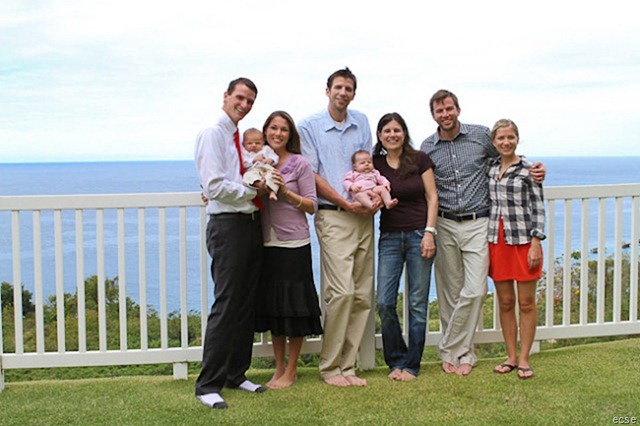 What a fun trip! Until next year!