i was introduced to some new music that i like lately. the first six or seven songs on the playlist. let me know what you think.
Posted by Eli at 9:10 PM 1 comment:

so anyone who knows julie, knows that one of her fastest growing interests is the utah jazz (which is incredibly awesome by the way). i am a die hard jazz fan and will love them to the grave. they aren't doing so hot right now, so don't bring that up. they'll still win the championship this year. you smirk a little bit as you read that, but we'll see who's smirking in june (well, more like who'll be freaking out and jumping around when they win the championship. anyway, one of julie's particular likings on the utah jazz in kyle korver...the heart throb of the team. she kind of does it jokingly but she regularly has dreams about going on dates with him and stuff, so you figure that one out. 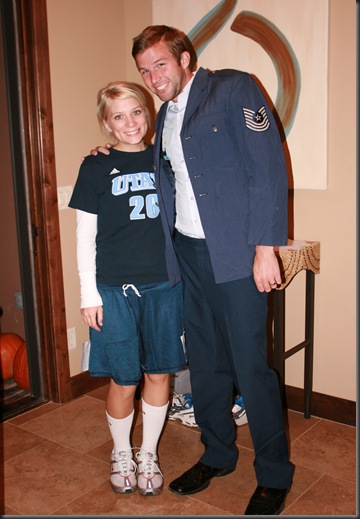 anyway, so for halloween julie had to dress up to go to the hospital as she was doing pediatrics, and well it was halloween anyway so i don't know why i just told you she dressed up. we went down to st. george the night of, and i rummaged this sweet air force cadet suit that for some reason aja had in her basement (she has a lot of costumes by the way). so i wasn't quite the real korver that night, but i was looking pretty good.

julie does a pretty good korver imitation. ask her next time you see her. anyway, the other night i got replaced in the picture. have a look at this. 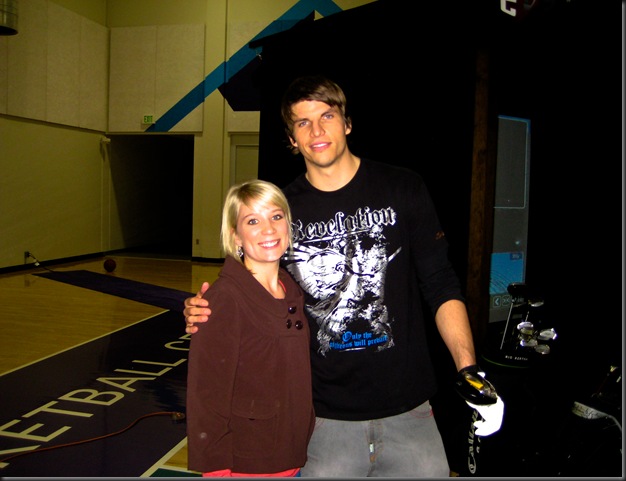 hot stuff eh? it took a while for julie to muster up the courage to ask korver for a picture but she did, and boy howdy was she ever happy. she even struck up a conversation that sounded something like this. "hey korver, can i get a picture with you?" korver says, "sure no prob." so i proceed to take the picture. then julie says, "did you know that i was you for halloween?" korver follows up by saying, "uh can someone call security?" just kidding he didn't really say that, he said "really, that is awesome, i dressed up as deron williams (see below if you don't know who that is)" so basically she smooth talked and etched herself into korver's brain forever. she was pretty giddy after she got the pic.

we went to this fundraiser for "rising star outreach" which is a group that helps those with leprosy in india. it is actually a really cool organization started by a woman who really wanted to help, and she just made it happen. they now have an awesome organization helping thousands of people. go to risingstaroutreach.org for more info. anyway, this group is supported by the jazz, so they held their fund raiser at the jazz practice facility and kyle was there along with deron williams, jeff hornacek and shawn bradley. they were there playing ping pong, shooting hoops, playing wii and just having fun with everyone, it was a fun night.

after julie showed her "a" game i had to follow her lead and ask my favorite jazz player for a picture. i didn't have any smooth talk like julie though. 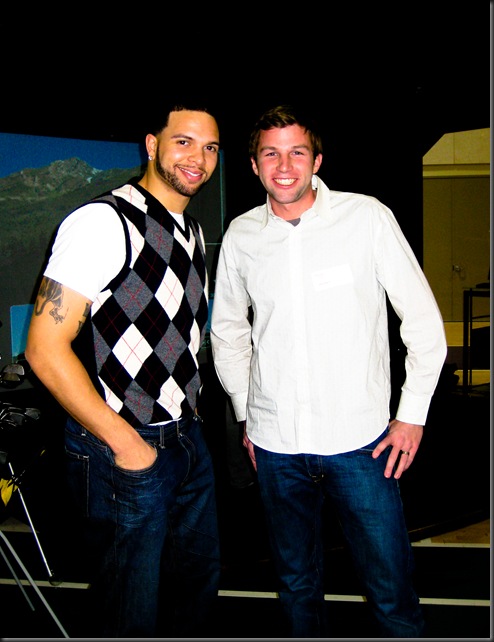 not bad eh? if you don't know who this is. man i am sorry. you shouldn't even be reading this. this is deron williams. hands down the best point guard in the nba. he was a really nice guy in person too. below are a few more pics from the night. here we are in the locker room. 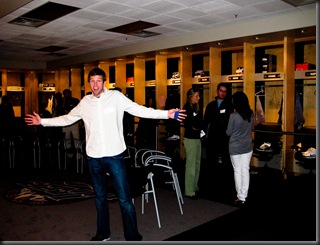 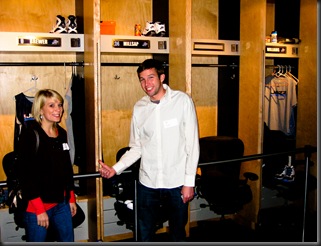 the one and only jeff hornacek. he is one of the greatest jazz players ever. he sat there and talked to us for like 10 minutes. just a real down to earth guy that you would never guess was a basketball player, but her is one of the best shooters ever. 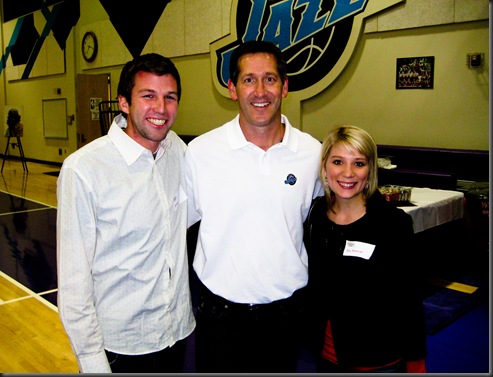 and this guys is just a freak of nature. i look pretty sweet in the pic, but the coolest part about it is that this guy's (shawn bradley's) wife is an inch or two taller than julie and she is wearing heals in this picture. Julie wanted me to write that Bradley played in the NBA for like 10 years (if you didn't already know that). fyi he is seven foot six. 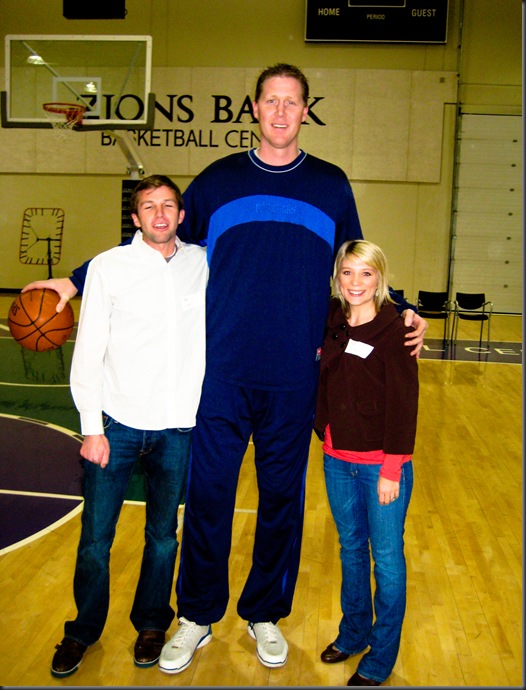 so it was an awesome night. made me wish i somehow worked for the jazz, but hey i will take what i can get. hopefully julie's impression on korver will spark some confidence and the jazz will go on a 20 game win streak or something. i am going to boston this week for work to try and break the dirt there and get things going so that we can move out there when julie finishes up this summer. hopefully it will go well! love from ptown.