Well. I will be the first to admit, having a wife from San Diego isn't half bad, in fact, it's fantastic. Julie and I made the long trek down to San Diego last week and had quite a time. I was able to work from down there for a few days, which allowed us to leave the Friday before Thanksgiving so we had a whole week down there. And let me tell you, 70 degrees is real nice when 2 days earlier you were in DC at it was about 20 degrees and windy. I don't know that I would like to make a tradition of that drive, but it wasn't too bad as we split it in two, stopping over in St. George.

We had a wicked awesome week with Julie's family. I am not sure what it is to the nieces and nephews there, but apparently I am the crazy uncle that can be climbed on, jumped on, not let go of no matter what guy. I tell you what though those are some cute kids and it was great to get to know them all a little better.

Probably the highlight of the trip would be this: 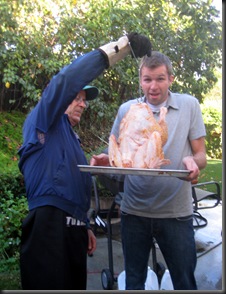 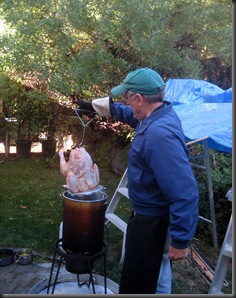 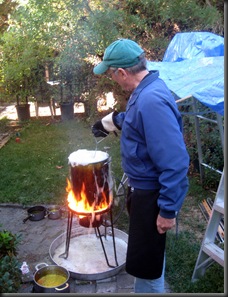 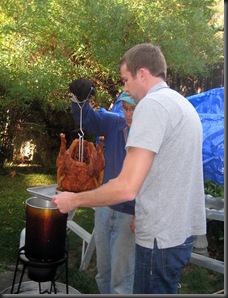 and this...I had a hard time eating it, it was so mesmerizing 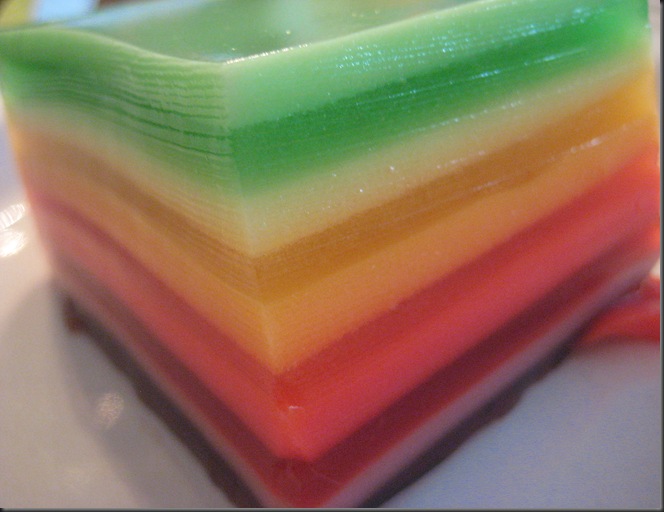 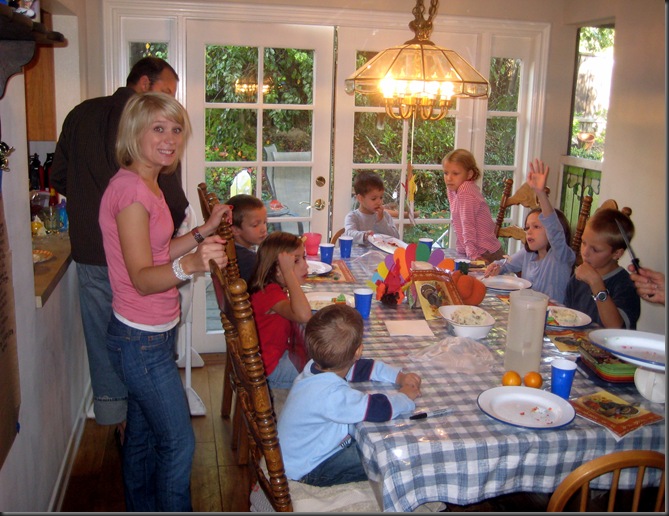 Yes that is a piece of Jell-O. Don't even ask how, cause I don't know. But it was awesome. Above is the famous Haslam Cajun Fried Turkey...all injected with southern spices. I have heard about this for over a year now. And although it was quite dangerous to cook, it lived up to all the hype. It was so tasty. You gotta try it sometime. Thanksgiving Turkey with a kick. We were lucky enough to spend the week with Julie's two older sisters and their families along with her parents. We had an awesome Thanksgiving. We have so much stuff to be grateful for, don't know how or why we got so lucky.

So we had a great week. Everything from this: 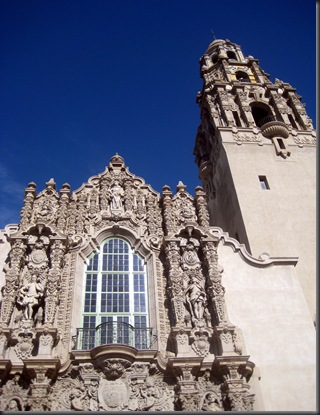 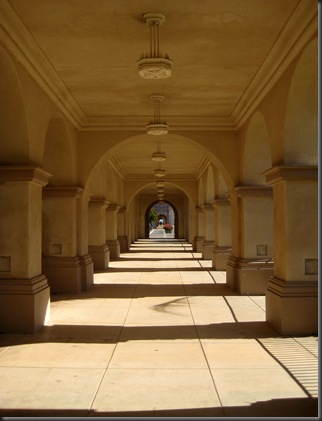 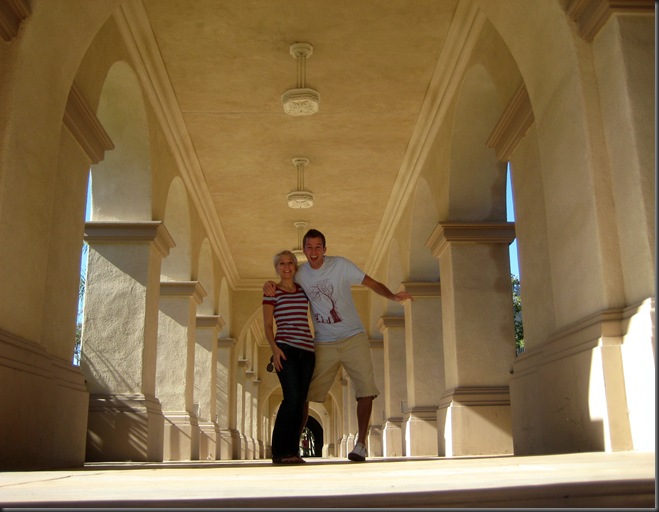 Balboa Park. This really cool area near downtown kind of like San Diego's version of the Mall in DC. Beauty buildings and a lot of really cool museums. To this: 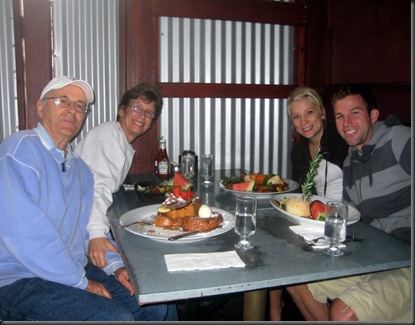 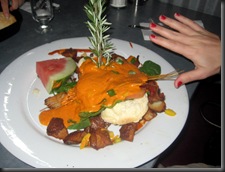 Hash House a Go Go. Look at the size of Mark's french toast. We went to this awesome breakfast place where they had bigger portions than I have seen in my life. The plates weighed like 10 pounds are were about 18 inches wide - no exaggeration. Had some really good Hash (not the bad kind, the good kind). To this: 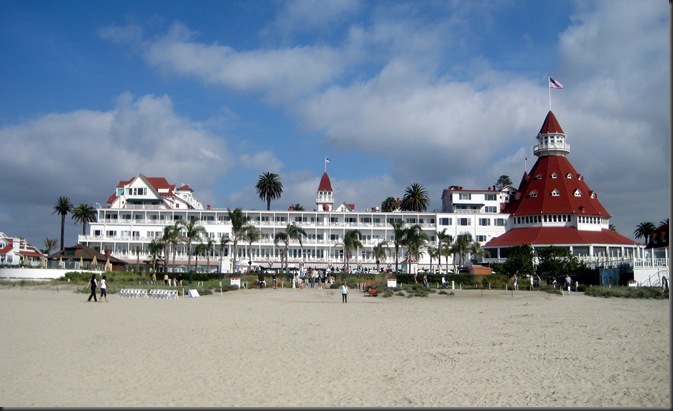 To the Hotel Del, an incredible spot. This was the day after Thanksgiving, and I was on a beach and warm. Kind of messed with my head a bit. I am used to snow and cold on that day. We randomly ran into Gordon there as he was checking in (he was there with his kids for the weekend). 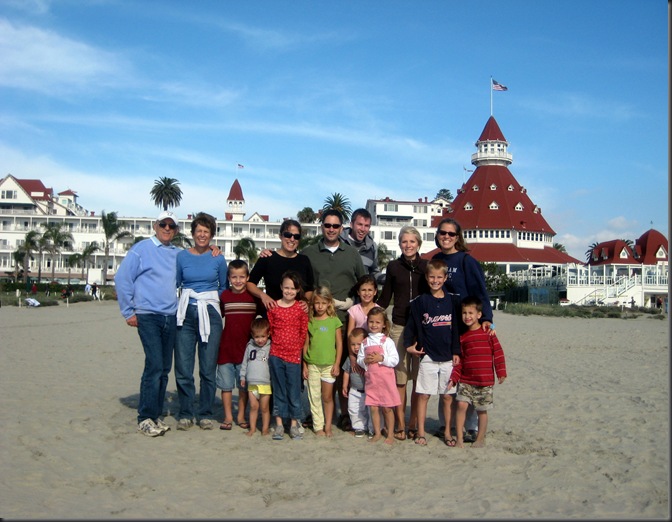 Thanks so much to Haslams for hosting us, especially Tis and Dagan as we crashed at their house for a week. On our way home we decided to drive through LA so we could go to the Getty Museum. I love that place. Julie had never been there before so we decided it would be worth it to go out of our way a bit...and it was. I love that museum. The architecture of the museum is just about as cool as the art within it. 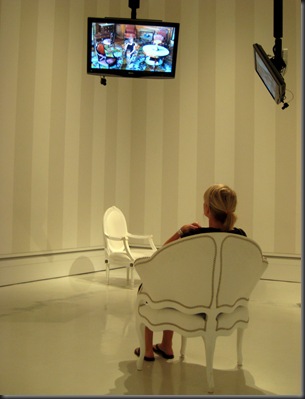 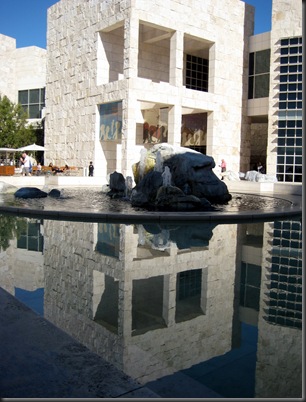 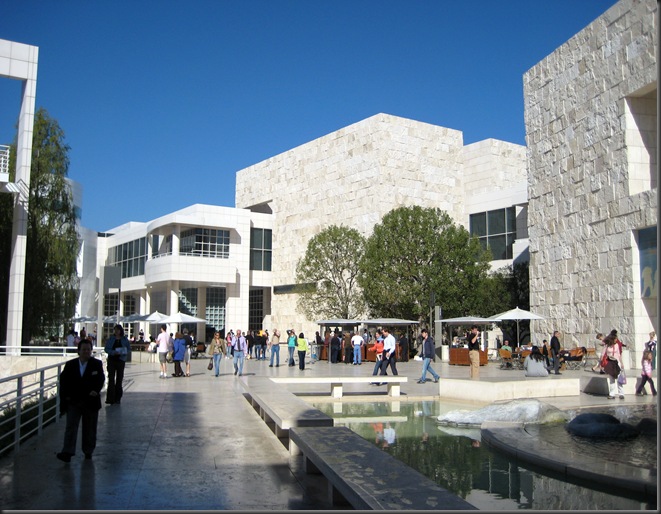 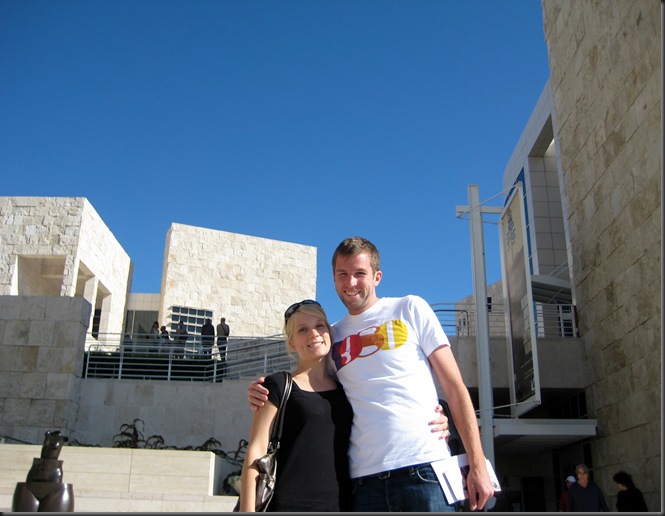 More nice weather in LA made it hard to begin the drive home. That pic of Julie sitting in a chair was this cool exhibit where you sit in the chair, and there is a camera on you and it superimposes you and the chair into the flatscreen in front of you to make you look like you are in a palace somewhere in Europe. Art is so interesting, and awfully creative at times. I am inspired to become more of an artist and a student of art. Julie is in an Art History class and is really into it so it was fun to hear what she knew about the stuff we saw.

We stopped in Vegas and stayed there on our way home to enjoy the end of our vacation. It only takes about 2 hours in Vegas to realize how weird that place is and how it is fun about once every 4 years. We are back home and back into school and work. I am really liking my new job, it is going to be a challenge, but nonetheless it is really exciting and an awesome company. Julie saw two people give birth today. Yikes.

I almost forgot the most important thing. It is the Christmas season! The music is playing non stop. It is so fun to be here with Julie celebrating our first Christmas as married peeps. Merry Christmas!!!!