Costa Rica is a country unlike I have been to before. It is literally covered from shore to shore with rainforest, dense, dense, then all the sudden there is a beautiful beach. The people are wonderfully friendly, and unlike Mexico and some other Central American countries, it was very undeveloped. Very pristine and untouched. There are some touristed areas, but for the most part, it is very pristine and untouched. 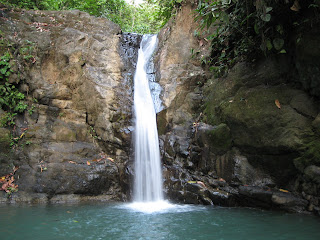 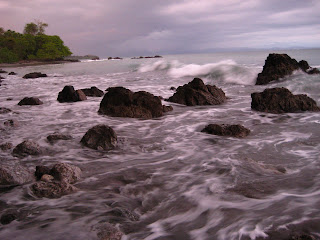 We stayed in some awesome backpacker lodges...we stayed in an incredible eco-lodge...4 huts out in the middle of the jungle, made of bamboo and thatch, open air. About 20 yards from the beach. Me and Ana and Cam stayed down stairs, and Jo and Aja had the upstairs of the beauty little hut. The food there was incredible...especially considering there was no electricity there. Just a couple of solar panels to run the fridge. There were 10 or so others staying in other huts and on the beach. Ana was so fun to watch. She was automatically everyone's best friend. Every night she got everyone there and organized a game of Uno. 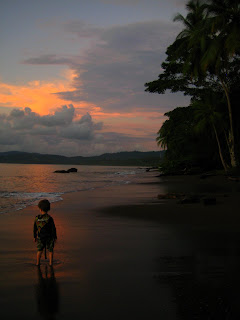 We headed across the the peninsula for an awesome boat ride out to an island about an hour off the coast where me and Jo went scuba diving. It was beauty. Different kind of coral and rock than I have ever seen before. And humungous schools of fish. And sharks! I will put a few pictures in the slide show, so have a looky. 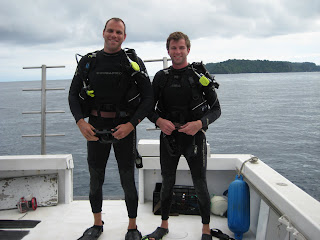 From there we headed up north again to the rainforest where we went on some of the craziest zip lines you've ever seen. We're talking like 500 meters long about 200 feet off the ground. Ana and Cam even did it along with a guide. It was so fun. I will put a video on as well. I am getting married in like a month and a week. I am more excited about it every day. I tell you what, Julie is absolutely amazing and I realize more each day how lucky I was to land her. Love you all.